Interview with Eric Hauck, Delegate of the Government of Catalonia to the Balkans

VERBA: Is Catalan the only official language in Catalonia?

Erich Hauck: No, there are three official languages in Catalonia: Catalan, which is the common language for our country; Spanish, the official
language in Spain, and Aranès, that comes from the Occitan and is spoken in a small Catalan region in the Pirynees.

VERBA: Would a document submitted to a tender for cooperation between a European and a Catalan company be accepted if drawn up in Spanish?

This was caused, mainly, because of the enlargements. However, the mess of communication can’t be used anymore as an excuse to ban further official languages like Catalan, that is used, every day, by more than 10 million European citizens.

Eric Hauck: Yes, there are many, since Barcelona, for example, is the European city that is not a State capital with the highest number of diplomatic representatives, 95.

Our court-certified translators are protected by their own professional association, ATIJC (Associació de Traductors I Intèrprets Jurats de Catalunya), founded in 1992, the year when Catalonia and Barcelona lived under their highest international exposure due to the celebration of the Summer
Olympic Games.

VERBA: Is timely delivery of a service or a product essential? Is coming to a meeting strictly on time deemed important or is a more relaxed approach taken?

Erich Hauck: Well, as you know, we are also a Mediterranean country and time management is a pending issue in our culture. Nevertheless, in recent
years, we have also developed towards a more inclusive, multicultural, open, and technological society.

And even more, due to the pandemic, homeworking and many virtual meetings are forcing some changes in our habits too. But, yes, generally speaking, we hate when someone is late or delivers late, but there is a popular 15 minutes flexibility, that we call “the academic minutes” (the time before the teacher starts his class.)

VERBA: One of the main yearly festivities in Catalunya, that takes place on April 23, is the International day of writers and author rights: Sant Jordi, the Day of the Books and Roses. Can you tell something more about #BooksAndRoses?

Eric Hauck: True, and it’s also an important day for the translators as well!

It was originally the Day to celebrate love and the start of the Spring season. The same tradition like Jurjevo in many countries of the Balkan region.

The legend of St. George, the knight who defeats the dragon to free his maiden, is a millennial story celebrated by many Christians around
the world. It unites, especially, many peoples of the Mediterranean, where the Saint is the protector of cities and patron of farmers and ranchers in Croatia, Slovenia, Serbia, Montenegro, Bosnia and Herzegovina, Greece, and Italy.

But it is in Catalonia where St. George’s Day acquires a universal dimension, since, from the s. XV on April 23 is lovers’ day, being customary to give roses to commemorate the flowers that sprouted from the blood of the dragon, and books, as this day also coincides with the death of universal authors such as William Shakespeare, Miquel de Cervantes or Josep Pla.

Since then, on the Sant Jordi day, it is customary that the streets are filled with stalls of booksellers, florists and associations selling books and roses, to celebrate the union of love and culture with the onset of spring. It is also the time of year when all kinds of cultural events are held. In a single day in Catalonia as many roses are sold as the country’s inhabitants (7.5 million) and 1.64 million books are bought.

The Delegation of Catalonia to the Balkans wants to export this beautiful tradition into Croatia, that is why this year the Delegation will join initiatives such as Noć knjige – which commemorate International Book Day – to make April 23 the Day of Books and Roses, symbols of love and culture.

Despite the pandemic’s restrictions, the delegation’s activities include a partnership with the Hoću knjigu bookshop. As it is done in Catalonia, from April 23 to 30 there will be a stand in front of the bookstore promoting well known Catalan authors that have been translated into Croatian, such as Mercè Rodoreda, Salvador Espriu and Jaume Cabré, and latest literary novelties such as Alícia Kopf, Toni Sala or Rafel Nadal.

A rose and a bag specially designed for the occasion will be offered to every customer tha buys a book from a Catalan author.

VERBA: Thank you, Mr Hauck, for your time and for providing the valuable information. 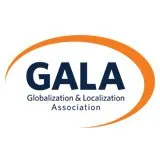 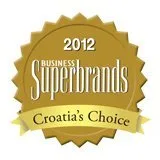 This website uses cookies to improve your experience while you navigate through the website. Out of these, the cookies that are categorized as necessary are stored on your browser as they are essential for the working of basic functionalities of the website. We also use third-party cookies that help us analyze and understand how you use this website. These cookies will be stored in your browser only with your consent. You also have the option to opt-out of these cookies. But opting out of some of these cookies may affect your browsing experience.
Necessary Uvijek omogućeno

Performance cookies are used to understand and analyze the key performance indexes of the website which helps in delivering a better user experience for the visitors.

Analytical cookies are used to understand how visitors interact with the website. These cookies help provide information on metrics the number of visitors, bounce rate, traffic source, etc.

Advertisement cookies are used to provide visitors with relevant ads and marketing campaigns. These cookies track visitors across websites and collect information to provide customized ads.

Other uncategorized cookies are those that are being analyzed and have not been classified into a category as yet.